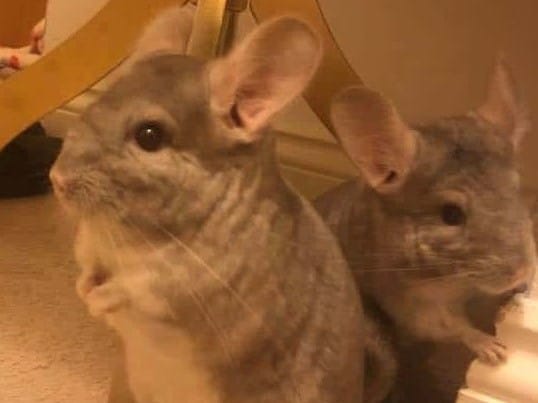 Chinchillas fur coats are extremely thick with 50 – 80 hairs per follicle. One square cm of a chinchilla contains up to 20,000 hairs!  This makes you wonder whether chinchillas shed their fur.

Do chinchillas shed? Chinchillas shed fur all throughout the year with an increase of fur loss during spring and summer due to the increase in heat. When chinchillas are frightened they can shed more fur, this is known as fur slipping.

Chinchillas groom themselves regularly because otherwise, their hair tends to clog and form mats in the coat, which can prevent their dust baths from removing dirt and oils.

Dirt and body oil accumulate on the skin. If dirt and oil are left to build-up on the chinchilla, the fur clumps and falls off. If this happens it will make your chinchillas lose a lot of body heat and make them susceptible to illnesses. A dirty coat also makes chinchillas prone to irritation and skin disease.

Why Do Chinchillas Shed? 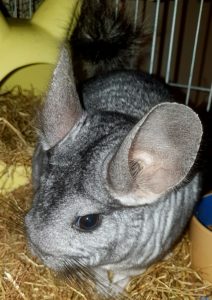 Chinchillas shed for a few reasons.

Chinchillas fur is constantly renewing itself. When new fur grows, your chinchilla will shed the old fur.

Chinchillas also shed more when they are frightened due to stress and anxiety.

When you hold your chinchilla too tightly and they are trying to escape, you may accidentally pull out some of their hair. This is known as fur slipping and is what chinchillas do to try to escape a tight grip.

What is Fur Slipping and Why Does it Happen?

When a chinchilla is scared it can shed excessive amounts of fur, this it is known as fur slipping. In the wild, fur slipping allows chinchillas to escape their predators.

This video below will demonstrate how you should hold your chinchilla:

Chinchillas don’t like to be held, at least at first, so be patient as they get used to you.

Always support the chinchilla’s hind legs when holding them, and hold them close to your chest. If your chinchilla becomes alarmed while you are holding it, fur shredding may occur

If you have two chinchillas in one cage, expect there to be more hair loss.

Other Reasons Chinchillas May Lose Fur

Due to genetics, some chinchillas become natural chewers. To stop your chinchilla from chewing its fur, give your chinchilla dust baths at least two to three times a week so that they can clean themselves. Remove the bowl after they are done cleaning themselves, otherwise, they may poop in it. (Chinchilla’s poop a lot!)

You should provide your chinchilla with enough wooden chew toys to keep them busy.

Chinchillas may also chew their fur when they are in pain. If your chinchilla is chewing their own fur, ask your vet to examine them to find the root cause of the problem.

A huge sign that your chinchilla is chewing their fur is bald spots on the chinchilla’s coat.

The best solution is to introduce chinchillas to lower stress environment and toys that help chinchillas keep busy.

You should take your chinchilla to the vets if they carry on to chew their own fur.

Diseases That Cause Fur Loss

As you already know, the teeth of chinchillas grow throughout their lives.

They need the right diet and tools to help them wear their teeth down.

If your chinchilla suffered from malocclusion (a misalignment between teeth when they close their jaws), or if the teeth wear unevenly, they may start to dribble.

As a result, they could lose hair on their chest due to too much salvation.

Different skin conditions such as abscesses cause fur shedding in chinchillas. Collection of pus under the rodent’s skin can also be caused by fur loss.

Stress Can Cause Fur Loss

If your chinchilla is stressed or frightened it can cause them to lose fur and shed more than normal.

Some factors that can cause stress are dirty living conditions, the wrong diet, loud noises or being around other animals such as cats and dogs.

If your chinchilla’s cage is near a busy road that can also cause additional stress.

There are many factors that can cause stress and the only way to solve it is to stop and change whatever is making them stressed.

If you can’t figure it out and your chinchilla are still excessively shredding fur, it might be time for a visit to the vets.

Shedding is normal for chinchilla but if they are starting to lose a lot of fur and bald spots are appearing they need to be checked over.

How Do You Prevent Chinchillas From Shedding?

When handling your chinchilla, it is advisable to grasp it at the point where the tail meets the body. This will allow you to carry the animal comfortably. You can allow it to sit on your arm or hand while holding the tail.

You should never squeeze your chinchilla as it may hurt it. If you strain your chin and hold it around the abdomen or chest, it may wiggle away, resulting in fur slip.

You need to allow the chinchilla to relax and be tame so that you can hold it by the abdomen or chest.

When taking your chinchillas to the clinic, they may become scared or nervous, and shedding is common in such circumstances. Give your chinchilla treats to reassure them you are present and speak to them in low and gentle tones.

How Can I Make Sure My Chinchilla Has Healthy Fur?

To help keep your chinchillas fur in good condition, make sure you’re giving your chinchilla enough (or not too many!) dust bathes and the correct diet.

Chinchillas need the correct nutrients in order to stay healthy. You should also be bathing your chinchilla twice to three times per week. Don’t over bathe them as this can cause other health issues.

Having dry fur will make sure the skin of the chinchillas is infection-free. Chinchillas have fine fur, which makes moisture stick easily between their hairs, which can trigger the growth of fungus and bacteria.

Chinchilla requires a simple diet as it affects the health of chinchillas fur. Chinchillas have a very sensitive digestive tract. So, sudden changes can be bad, causing intestinal blockage, diarrhea or shock.

When introducing your chinchilla to a new type of pellets, slowly mix it with their old food. Increase the amount of new food by 20% while removing the old food.

How to Groom Your Chinchilla

During fur shredding, it is important to clean the cage and remove any fur. This is also the best time to groom your chinchillas, although it is not mandatory, as it is not done in the wild either and not all chinchillas like to be groomed.

Breeders like to groom their chinchilla as it improves the appearance of the chinchilla’s coat.

If you want to groom your chinchilla, you must do it with great care, and try not to pull out any fur.

Combs are quite sharp and can easily scratch your chinchilla while they wiggle around.

Do not groom your chinchilla after a dust bath because the comb can attract dust and even rip out intact fur.

Stop dust baths for a few days prior to grooming, to make sure there are no clumps of dust left on the chinchillas.

To groom your chinchilla, you will need two combs: a fine-toothed comb and a medium-toothed comb.

You should start your grooming with the medium-toothed comb. The comb removes loose fur and untangled hair as it has larger gaps. The fined toothed comb is used to complete the grooming process but it isn’t mandatory to use.

Wrap your chinchilla with a dry towel. Make sure to place the chinchilla on your lap or hold them by the base of the tail. You can place your hand in front of the chest and wait until the chinchilla calm and then wrap it slowly.

Start your grooming from the rear using the medium-toothed comb.  Separate the combed sections from the uncombed parts, but be careful not to scratch the animal’s skin, which may result in inflammation.

Comb small sections and work up the sides and back until you get to the neck. There is no need to groom the face.

Check on the condition of your chinchillas regularly, and should they show any signs of redness or dryness, use a different brand of dust bath. If you’re concerned it’s time for a visit to your vet.

Do chinchillas tails shed or fall off? Yes and no. If you grab chinchillas by near the base of the tail, it can come off. Chinchillas use this mechanism for defense, to escape from predators. (Do not grab your chin to avoid fur slip).

Can you brush chinchillas? You can brush your chinchilla, but you must wait for a few days after they have taken a dust bath. Brushing helps to loosen clumps of dust. Use combs specially made for chinchillas. 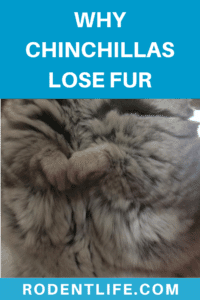 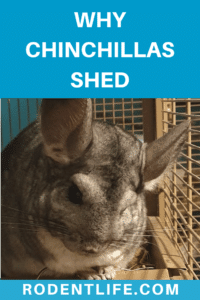 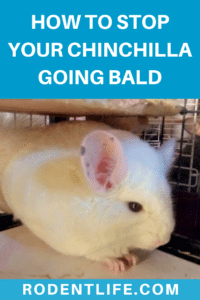