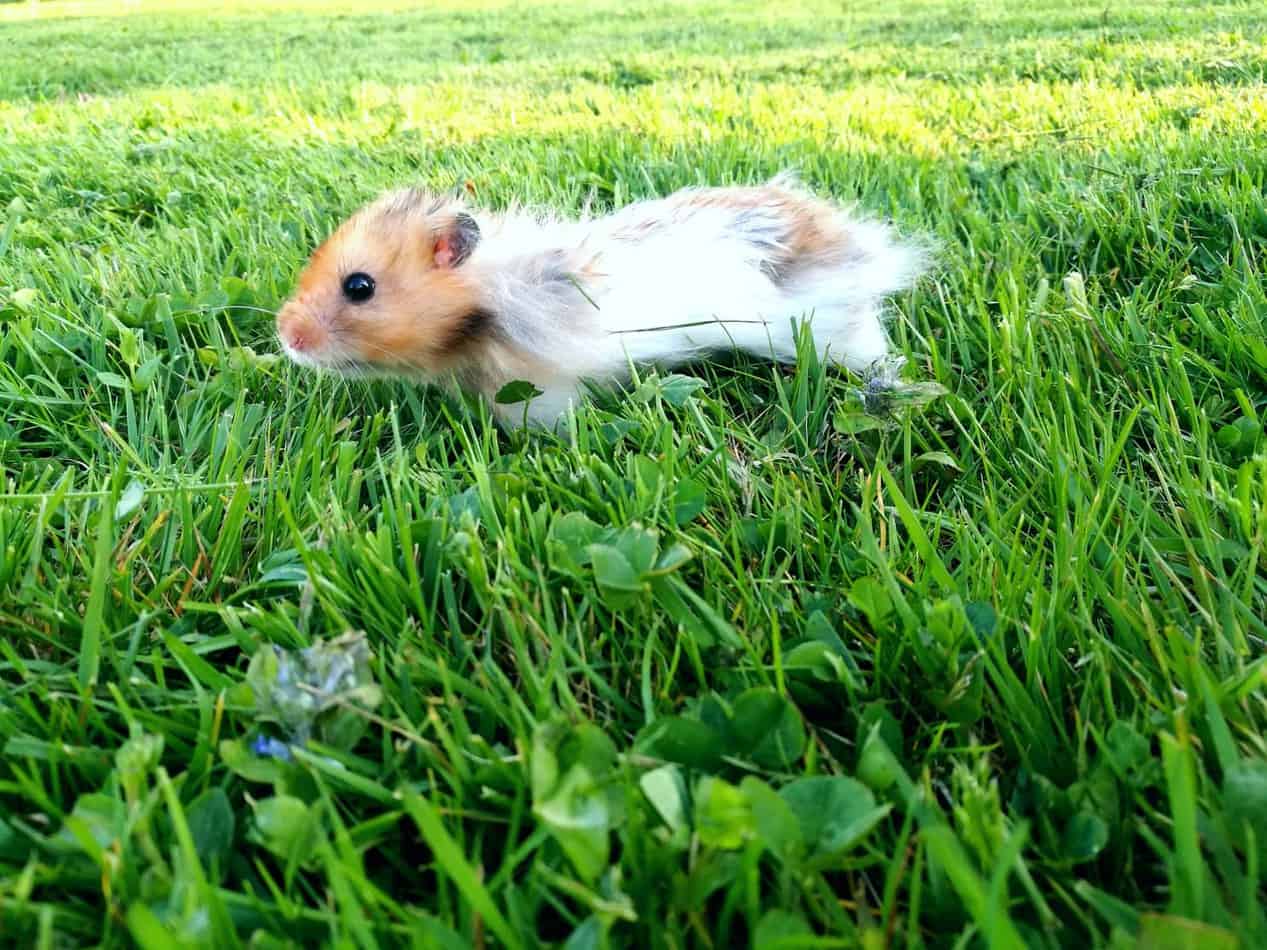 Most people know hamsters are typically found frolicking inside of pet stores. But they didn’t originate under the too-bright lights of your local PetSmart. Where did they come from originally?

Where Do Hamsters Live Outside of Pet Stores? It depends on the breed of hamster, hamsters are known to live in desert areas in underground burrows.

The rest of this article will go over the most popular kinds of hamsters and talk about exactly where they live in the wild and how they manage to survive without the safety and comfort that captivity provides.

Syrian hamsters, also known as Golden hamsters live in *drum roll*… Syria! They also live in Turkey, but they were discovered in Syria, so that’s the name that’s stuck with them through the years.

More specifically, they roam the desert regions of northern Syria and southern Turkey. Their existence in the harsh desert climate might come as a bit of a shock, as we’re used to hamsters living in the controlled, temperate climates of our homes.

Syrian hamsters are actually quite well-equipped for desert life though. For starters, they (like all hamsters) are burrowers.

They dig networks of tunnels under the ground and live inside of them. These tunnels give them protection from the harsh heat and sunlight typical of desert environments.

But this behavior is also perfectly suited to a desert climate, as it helps the hamsters avoid both the extreme heat of daytime and the extreme cold of nighttime.

It also makes it easier for them to avoid desert predators, many of which operate at night to hunt for prey animals who come out to feed during the break from the incessant rays of the sun.

Roborovski hamsters, like their Syrian cousins, prefer the desert environment because of its optimal burrowing conditions.

These small hamsters, who max out at 2 inches in size, can dig through the loose desert sand quickly to create the underground burrows that keep them and their family safe from harm.

Robo dwarf hamsters are also most active during dawn and dusk for the same reasons Syrian hamsters are (milder temperature/fewer predators).

This is why Roborovski hamsters are able to survive in the colder climate of northern Asia, while Syrian hamsters must remain south, where the winter cold is not as harsh.

However, despite the Robo’s ability to survive in cold climates, they are more commonly found in the southern part of their habitation zone.

This suggests that they prefer warmer climates, even though they can technically survive in colder ones.

Chinese hamsters make their homes in the northern deserts of China and Mongolia. They also create burrows in the sand, but they are operating on more of a nocturnal schedule than their Syrian and Robo cousins do.

Depending on where you live, you might not actually see the Chinese hamster in a pet store. Some states in the United States (New Jersey and California) see this hamster as an unwanted pest and add extra registration hoops in order to own or sell them.

As a result, many pet stores in these states will avoid selling them in preference of other hamsters that don’t have legislative red tape wrapped tightly around them.

Dwarf Winter White Russian hamsters live in the northwestern China, Mongolia, and Kazakhstan. They inhabit much of the same region as Chinese hamsters, though they prefer a meadow habitat to the desert environment of the Chinese hamster.

The European hamster is a rarity, in that it is the only hamster to have Europe taking up the vast majority of its geographic distribution. To be specific, the European hamster lives in an area stretching from Belgium to Russia and reaching down all the way to Bulgaria.

While most hamsters live in desert and meadow climates, European hamsters are often found living in gardens and hedges.

This propensity for living and feeding on human agriculture has led many European countries to label this hamster a pest, which has subsequently led to its being considered endangered in many individual countries.

Despite this country-specific endangered label, the European hamster population is in excellent condition overall and is not in any danger of extinction.

The Grey Dwarf hamster has one of the largest ranges of all hamster types, ranging from Eastern Europe to western China. They have also been found in Russia and the Middle East, making for a fairly large north-to-south range in addition to their incredibly wide east-to-west range.

The Greater Long-tailed hamster is also solely found in China. This hamster prefers the northern part of China to the southern part and is also considered a pest due to its crop-eating habits.

Can wild hamsters survive outside of deserts, meadow, and garden habitats? It’s unlikely as hamsters have specifically evolved to live in these conditions. They would be hard-pressed to adapt to the unique challenges presented by other climates without first going extinct.

If my hamster escapes, will it be able to survive? It’s unlikely as your hamster will lack the social group and wilderness fitness essential to survival.

How long do wild hamsters life for? Wild hamsters can live longer than pet hamsters and can have a life expectancy of up to 5 years.