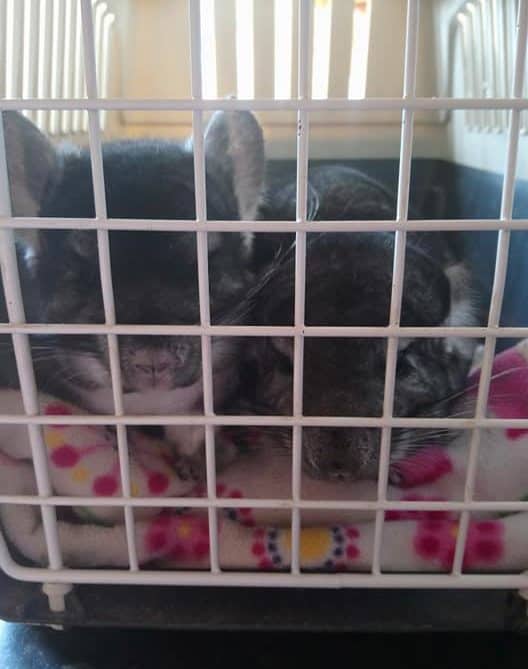 Whether you are going on a vacation, moving to a new place or going to the vets, a time will come when you will have to travel with your chinchillas. With the right preparation and planning, you can minimize the stress of the situation for you and your furry friend.

Can you bring a chinchilla on a plane? It depends on the airline’s policies. You will need to check with the airline in advance to see if they have an option for traveling with pets. Airplanes can be stressful for chinchillas, so precautions will need to be taken.

Taking a Chinchilla on a Plane

Taking a chinchilla on an aircraft isn’t unheard of.

Before you take a chinchilla on an aircraft you will need to check the airline’s policies for traveling with pets and notify them in advance. You likely have to pay additional fees.

Although traveling with your chinchilla might seem like a good idea, chinchillas can get stressed out extremely easily, so taking them on an aircraft isn’t a good idea.

Chinchillas can’t regulate their body temperate as well as humans and it could be a potential health concern if the temperate in the aircraft gets too hot or too cold.

It’s also not recommended to leave your chinchilla in cargo, so if you do plan on taking them on an aircraft, try and take them in your handhelds.

Some aircrafts are specially equipped for transporting animals and have climate controlled rooms.

Making Sure Your Chinchilla is Safe While Traveling

If you are traveling with your chinchillas when it is hot, you must take precautions to ensure they remain cool.

For example, before putting your chinchilla in the car make sure the environment isn’t too hot. Allow the car to cool off before traveling with them.

Allow air to flow in and out of the car freely and use the air conditioning if needed.

Flying chinchillas during cold or hot seasons are not advisable because temperatures in the plane are out of your control.

Your chinchilla may fear flying and might be a good idea to give them lavender or chamomile as this helps ease them and are very therapeutical treats.

Giving your chinchilla sedatives isn’t a good idea as chinchillas don’t handle them well, and the results can be unpredictable. If you do decide to give them sedatives consult with your vet first.

It would be a good idea to let them spend some time in their carry cage a few days before you travel so that they get comfortable with their cage.

Smaller carriers are practical as they are easy to carry and provide safety to your chinchillas.

Make sure to add a small amount of hay in the cage while traveling and don’t forget to give them a regular supply of water.

Do not hang up the water bottle though because it will drip. Ball bearing water bottles are made to be used at home.

If it drips, your chinchillas will become wet.

Make sure to give your chinchilla water after several hours to make sure they are hydrated.

The carrier should be well-ventilated and check to make sure all the latches are secure.

Look for a good travel carrier

A good carrier must be easy to carry, be escape proof, and well ventilated. Chinchilla’s carrier comes in different sizes.

Choose a small one that will ensure they do not move from one place to another when in the air.

Don’t use fabric travel carriers as chinchillas have been known to chew through them!

Place some bedding materials on the base of the chinchilla carrier. Also, you can add some shredded paper to add more warmth and comfort.

Supply food and water to your chinchillas

Chinchillas need to feed every day, even when traveling. So, put some quality chinchilla food (hay) in the carrier and some water.

Carry a thin piece of fabric or sheet to cover the chinchilla carrier to protect them from loud noises and overheating. Do not forget to remove the sheet after some time to allow air to flow through the carrier.

This is also good because the chinchilla can’t see the outside world, such as nearby dogs or cats. Although make sure they don’t get too hot, so be careful!

When traveling to the airport by car, avoid very high or low temperatures by switching on the heater or conditioner.

During summer, place a bottle of cold water in the carrier to low the temperatures or a stone that the chinchilla can lie on.

During winter, place something in the pen that the chinchilla will snuggle up for warmth. You should never leave your chinchillas on their own.

What Are The Best Traveling Carriers For Chinchillas?

This sophisticated carrier is designed for small pets such as chinchillas.

What makes this carrier useful is that it has wire walls on three sides of the unit to allow air to flow freely to keep your chinchillas always cool.

The suncast carrier is made from metal bars and hard plastic. It is ideal for short term travel with your pets.

It also features plastic bowls for both food and water that are attached to the inside of the unit.

If you are looking for a brand with incredible color options, consider the Compass Kennel.

It has ventilation on all sides to keep chinchillas cool. It is made of durable and strong plastic.

The door can open in either direction or be removed to allow chinchillas in or out of the carrier.

The Favorite Pet Carrier is a hard-sided unit with incredible options.

It is made of plastic and has two steel wire doors on the top and the front, allow you to put your chinchillas inside in any way that you like.

Also, its design allows free flow of air to keep your chinchillas cool.

This carrier also has some addition screws that add reinforcement.

What are Some of The Best Companies for Transporting Chinchillas?

Delta is one of the best airlines on which to transport your chinchillas.

They are pet-friendly with various options for various pets. Passengers can carry pets such as cats, birds, and dogs.

From September to May, they transport cats, dogs, guinea pigs, household birds, fish, amphibians, and hamsters through cargo, as long as the temperatures are less than 85 degrees.

The carrier is crate must be approved by the airline.

Delta can also transport two pets of the same species in one cage if they qualify for transportation.

However, Delta does not carry out checked baggage services, but they still transport animals unaccompanied.

Notably, the airline only accepts animals on flights that are not more than 12 hours.

Frontier also transports pets and have laid back regulations, unlike other airlines.

They are also affordable.

They allow rabbits, chinchillas, guinea pigs, dogs, hamsters, and cats to travel in the cabin.

Charges for one-way flight is $75 within the US.

Frontier also transports the above animals through cargo at $150 per one-way flight. They only transport cats and dogs internationally.

Frontier is one of the few airlines that transport bulldogs breeds.

However, chinchillas, hamsters, and guinea pigs are transported in the cargo compartment by their pet state program.

WestJet is also one of the most pet-friendly airlines.

They charge about $50 to transport animals such as chinchillas, dogs, cats, birds, rabbits in the cabin.

Guinea pigs, hedgehogs, and guinea pigs. The only disadvantage with WestJet is their selection if flights.

How many hours does a chinchilla sleep while traveling? Chinchillas can sleep up to 12 hours but may sleep up to 24 hours if they are given sedatives.

What do chinchillas play with while they are traveling? Chinchillas love to chew toys. You should give your chinchillas safe things such as wooden blocks for gnawing and wreathes or twigs to chew. Chewing also helps to reduce stress. 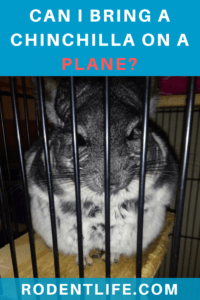 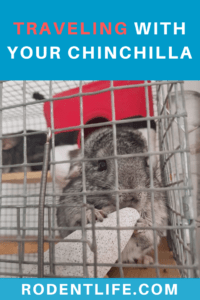 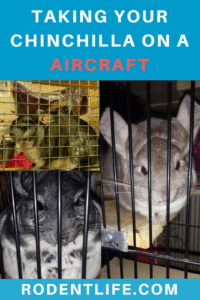