Chocolate is delicious and fattening, and therefore the bane of my existence… but will it hurt your hamster?

Can hamsters eat chocolate? Hamsters cannot eat chocolate. It’s poisonous to them. Even a small piece of chocolate can make hamsters extremely sick and can cause death in large enough quantities.

There are many treats you can safely give to your pet hamster. Chocolate is not one of them, as it contains two substances that are severely toxic to hamsters (and most other animals): theobromine and caffeine.

Why Is Chocolate Poisonous To Hamsters?

What Should You Do If Your Hamster Eats Chocolate?

It depends on how much and what type of chocolate your hamster ate. milk chocolate is least toxic whereas baking chocolate is extremely toxic.

Keep a close eye on your hamster and see if there are any visible symptoms that shows any sign of sickness. Make sure you provide your hamster with plenty of freshwater and food.

It’s a good idea to provide them with a small amount of fresh vegetables as it may help flush their digestive systems.

Caffeine is a stimulant so you would expect them to be more jittery and moving around more than normal.

Hamsters don’t have the ability to throw up, but depending on how much they ate they will likely have diarrhea.

If you are very concerned and your hamster is showing signs of sickness, the best possible option would be to call or visit your local vets.

Why Theobromine Is Poisonous To Hamsters

Let’s start with theobromine, as it’s the more harmful of the two. Theobromine is an alkaloid contained in the cacao plant.  The word “cacao” probably rings a bell: it’s the plant chocolate is made out of.

Humans can digest theobromine just fine. We’re large organisms, and we can take a ton of punishment when it comes to compounds that harm smaller creatures. If you or I were to “overdose” on chocolate, we might sweat, tremble, or get headaches. Definitely annoying, but nothing life-threatening.

Why is this the case? Well, we have an excellent liver that can metabolize theobromine quickly and efficiently. So give your liver a hearty thank you the next time your munching down on some chocolatey goodness.

Hamsters, on the other hand, cannot digest theobromine just fine. They are much tinier than humans, and they also metabolize theobromine much more slowly than we do. If a human and a hamster eats the same amount of chocolate, the hamster’s body will have to deal with a larger proportion of theobromine because of its slower metabolic processes.

One of the most common signs of theobromine poisoning in a hamster is an increased rate of urination. As the poisoning progresses, the hamster can quickly develop an irregular heartbeat, seizures, heart attack, internal bleeding, all of which can prove fatal.

Why Caffeine Is Poisonous To Hamsters

Caffeine is a stimulant that impacts the central nervous system. While it can make us humans more productive and focused, it’s a bit much for our tiny hamster friends. Hamsters who ingest caffeine can experience a life-threatening increase in heart rate.

At the very least, they’ll be significantly distraught by the added stress on their heart and body. And the combined toxic effects of the theobromine and caffeine might be enough to take your hamster down, even if the amounts were small enough that they wouldn’t have been fatal had they been ingested without the other substance.

Moral of the story? Don’t give your hamster chocolate….or coffee for that matter, as it also has caffeine. But especially not chocolate.

Which Is More Harmful: Dark Chocolate or Milk Chocolate?

If your hamster gets its little paws on a chocolate bar, you should hope it’s milk chocolate instead of dark chocolate.

The difference is actually pretty astounding: dark chocolate has ten times the theobromine as milk chocolate. So if your hamster eats even a tiny, tiny bit of dark chocolate, the consequences will be severe.

Is There Any Amount Of Chocolate That Is Safe For Hamsters?

No. As much as I’d love to share the joys of chocolate with every hamster around the world, I can’t advocate for even a single crumb of chocolate to reach their pudgy cheeks.

Even if your hamster doesn’t die from chocolate ingestion, there’s still a very high likelihood it will get quite sick. The ramifications from this could shorten its lifespan and quality of life considerably, even if death is not immediate.

How Do I Make Sure My Hamster Doesn’t Eat Chocolate?

Your hamster doesn’t have money, a means of transportation, or the ability to speak English… so you don’t have to worry about it driving down to the local market and picking up a Hershey’s Bar.

You do need to worry about leaving chocolate somewhere your hamster can get ahold of it though. This problem is compounded if you have small children who are apt to leave things lying around.

So here are my tips for ensuring your hamster isn’t poisoned by chocolate:

What foods can hamsters safely eat? Some foods hamsters can eat are kale, cucumbers, broccoli, cauliflower, spinach, mango, peaches, raspberries, cherries, strawberries, and celery. Before giving your hamster foods you should consult the internet first. 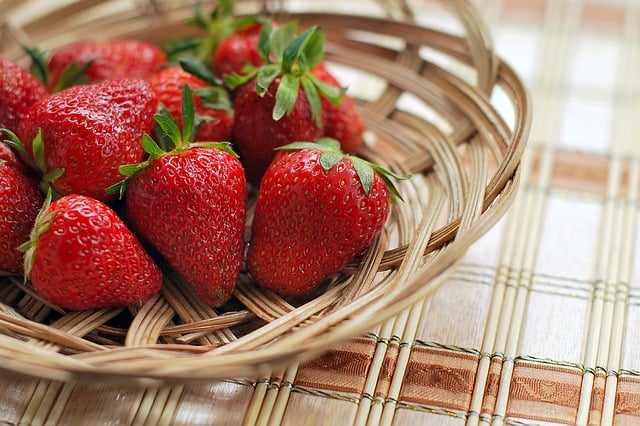 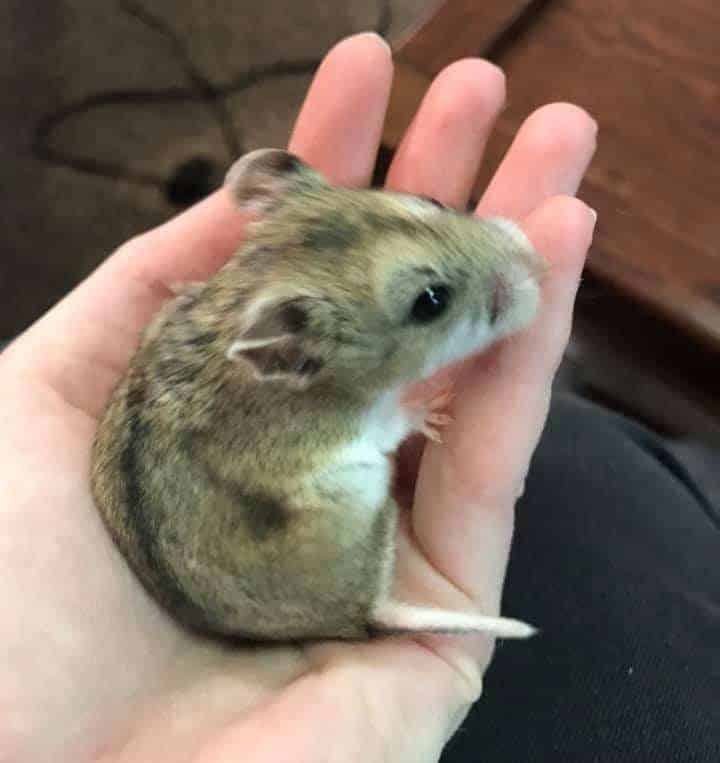 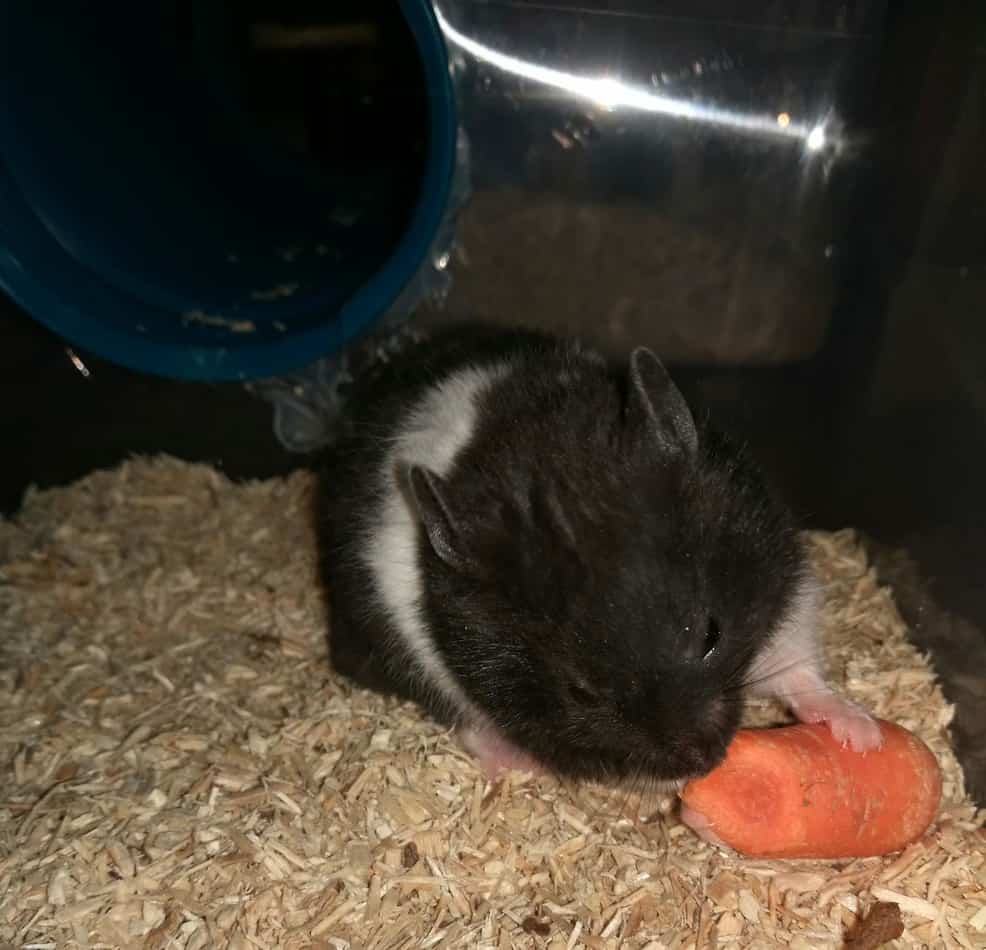 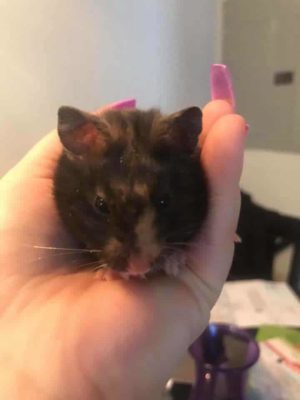