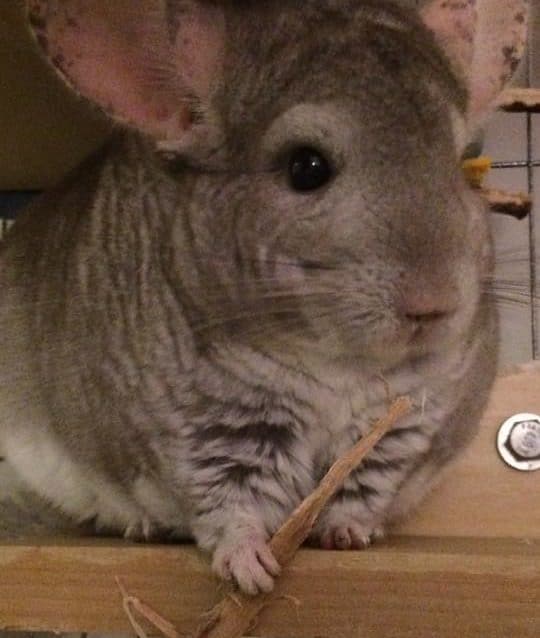 Chinchillas make great pets and can live up to an incredible 15 to 20 years. They have very soft dense fur, large ears, four legs, and a tail. In this article, we’re going to answer the question of what species are chinchillas?

Are chinchilla’s rodents? Chinchillas are rodents that are native to the Andes Mountains in South America.

They originate from the Andes Mountains of Chile, Bolivia, Argentina, and Peru. Chinchillas thrive in high elevation regions in barren mountainous regions.

Which Family of Rodents Do Chinchillas Come From? 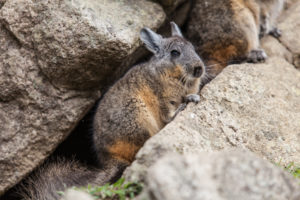 There are two types of chinchillas: Chinchilla lanigera and Chinchilla brevicaudata.

Chinchilla Brevicaudata has short tails, shorter ears, and thicker necks and shoulders when compared to Lanigeras.

Chinchillas weigh up to 1.8 pounds. They have a tiny body that measures up to 15 inches.

They are also characterized by long ears, large eyes, and long tails that are 15cm long or more.

Pet chinchillas can live for more than 20 years whereas wild chinchillas only live around 8 to 10 years.

In the wild chinchillas stay in the rock cavities and crevices for most of the day and will come out at dusk and early morning hours to feed on different types of vegetation.

Wild Female chinchillas have a gestation period of 111 days – they usually have between 1 and 3 litters per year, but sometimes they can have up to 4 kits per litter, and in rare instances, the number can go up to 6.

Chinchillas are related to vizcacha and mountain viscachas- they all belong to the family Chinchillidae’s subcategory Hystricognath in the Rodential order.

Rodents have more than 2000 species, which are broken down into families.

The most common families are Capromyidae, Castoridae, Cricetidae, Erethizontidae, Muridae, Sciuridae, and Dipodidae.

The largest of the families in Muridae. It comprises close to 2/3rd of all rodent species.

It also divided into several subfamilies and includes rodents such as old-world rats, crested rats, mice, gerbils, and sand rats.

Distribution and Habitat of Chinchillas

In the past chinchillas lived in the mountains regions of Peru, Chile, Bolivia, and Argentina.

Habitat loss and fur hunting resulted in a downturn of these population.

By 1914, studies showed that chinchillas are headed for extinction. The population of chinchillas in Chile was thought to be zero by 1953, but chinchillas were found occupying the Antofagasta regions in the early 2000s.

Chinchillas may be extinct in Peru and Bolivia, but studies found a specimen suggesting they originated from a native population.

In the wild, chinchillas live in rock crevices and burrows.

They are good at jumping and can jump up to 1.8m.

Predators such as felines, birds of prey, snakes, skunks, and canines feed on chinchillas.

To protect themselves from predators they have different kinds of defensive techniques such as releasing fur if bitten (fur slips) or spraying urine.

Wild chinchillas eat fruits, plant leaves, small insects, and seeds. (Although DO NOT give this to your pet chinchilla as their diet is different and may make them sick)

In their natural habitat, chinchillas live in group colonies known as herds.

A single herd may have between 14 and 100 members.

Chinchillas live in groups to protect themselves against predators and for social interaction purposes.

Chinchillas are very fertile and can breed in any season of the year.

They have long pregnancy, chinchilla kittens are born with their eyes open and fully furred. The litters born are usually two.

Some of the prevention methods include giving your chinchillas a climate that matches their natural habitat, clean accommodations, immunization, and providing the best diet for the animals.

One of the diseases that affect chinchillas is listeriosis. This disease is highly contagious and can quickly spread to other chinchillas as it is a digestive tract infection.

Another disease, Pasteurella, is deadly to chinchillas. Symptoms including fever, digestive disorder, and apathy.

Pseudomonas aeruginosa is spread through nature and affects chinchillas too.

This disease can cause numerous deaths in chinchilla populations and abortion in pregnant chinchillas.

Pathogens can cause respiratory tract infections, which may lead to breathing complications and nasal discharge. Young chinchillas are more susceptible to diseases than mature chinchillas.

Gastrointestinal conditions are evident in chinchillas through diarrhoea and constipation. This is usually caused by dietic complications. However, if the diet is balanced, then there could be a sign of infectious disease.

As a whole chinchillas are usually quite healthy, but just like any other animal, they can develop health problems.

Make sure you know where vet clinics are located in your area before you get chinchillas.

If there are no vets in your area, you will have to find them within a reasonable distance.

This is especially crucial in the event your chinchillas need urgent medical care.

One of the best ways to protect your chinchillas is by avoiding object that can harm them.

Their diet is vital to sustaining a healthy life. A poor diet causes health afflictions.

If you must give them sugary food, do it sparingly. It is best to keep them away from sugary foods.

Other Information about Keeping Chinchillas as Pets

Adopting a new pet can be challenging, but if you do sufficient research, you will be prepared enough to take care of new chinchillas.

There are some crucial factors that you must know about keeping healthy chinchillas.

Never allow your chinchilla to roam around your home freely because they will chew anything they come across, and they may end up eating toxic substances.

Instead, provide your chinchillas with a bigger cage to move freely. Additionally, provide dust bath for your chinchillas to take a bath when they need to. You should bath them twice to three times per week, more information about baths here.

chinchillas need to take regular dust bath to get rid of dirt and excessive oil.

You can purchase chinchilla dust from pet stores or online.

It is advisable to put chinchilla dust in a big bowl that is spacious enough for your chinchillas to roll and play around in.

Chinchillas love dust baths a lot and as soon as they learn how to take bath, they will be doing it on their own.

Chinchillas like to chew on toys, cardboard boxes and like to play. Provide them with chinchilla toys to keep them busy.

Do not use cedar bedding either, because it has a few natural chemicals that can make chinchillas sick.

Clean the cage regularly. It’s recommended that you clean the cage at least twice a week to deter chinchillas from accessing their waste. Also, make sure their bedding is clean.

Never expose your chinchillas to direct sunlight because they do not respond well to heat. Their bodies don’t have sweat glands like humans so they can’t cool themselves down as quickly. You can buy your chinchilla cold stones to lie on that can cool them down.

When feeding your chinchillas, give them food in small quantities to prevent overheating or bloating, which might cause digestive distress.

Anything that chinchillas come across they will chew.

It is essential to make sure that your chinchillas are not exposed to toxic substances in life. These toxins can be in their bedding, toys, home, or even in their cage.

So, it is essential to always keep an eye on your pets’ behavior and check their environment.

You should let them play and stay active on a daily basis.

When they are out of their cage, it is important to hide cables and other items that can harm them.

Close any areas that can get them into danger.

They love to bounce off walls. Chinchillas are also great jumpers, they can cover up to two meters in one bound.

Are there reasons why I should not keep chinchillas? There are situations where chinchillas would not make great pets, especially if you have small children or other animals such as a cat or dog. 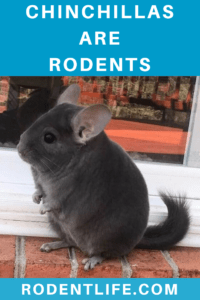 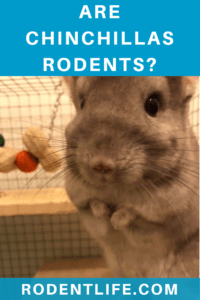 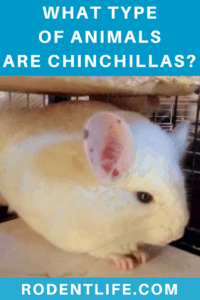