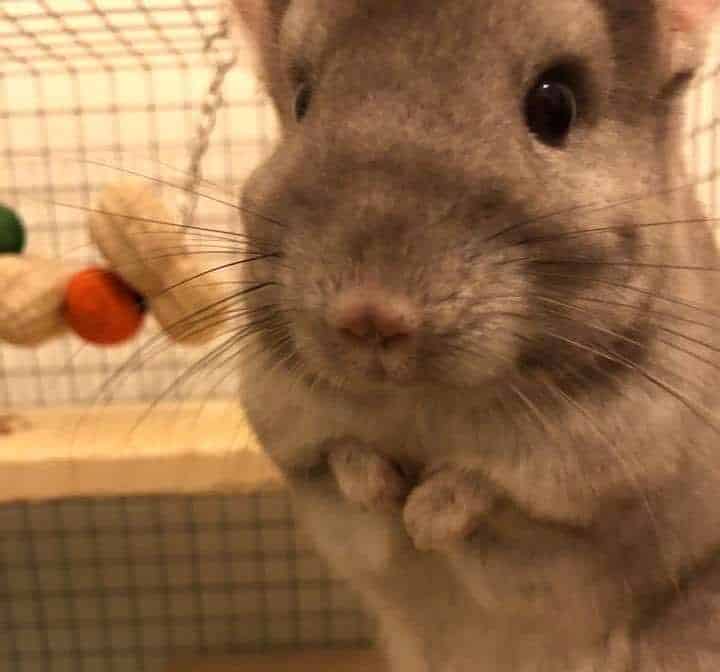 Chinchillas are curious little animals that originate from the Andean Mountains in Argentina, Peru, Chile, and Bolivia in South America. In the US and UK, they are mostly bred as pets and can be purchased from pet stores, breeders, and rescue teams.

These small animals can be social and affectionate at times. While most chinchillas love to be independent, some like to be cuddled or be held close to their owners

Are chinchillas friendly rodents? Chinchillas are friendly animals. Sometimes they may bite a human as a last resort if they are scared or frightened but this is quite rare. Usually, they just run away.

Chinchillas are crepuscular animals. They are most active at dawn and dust. Although they are friendly, they don’t always like to be held by humans or cuddled. 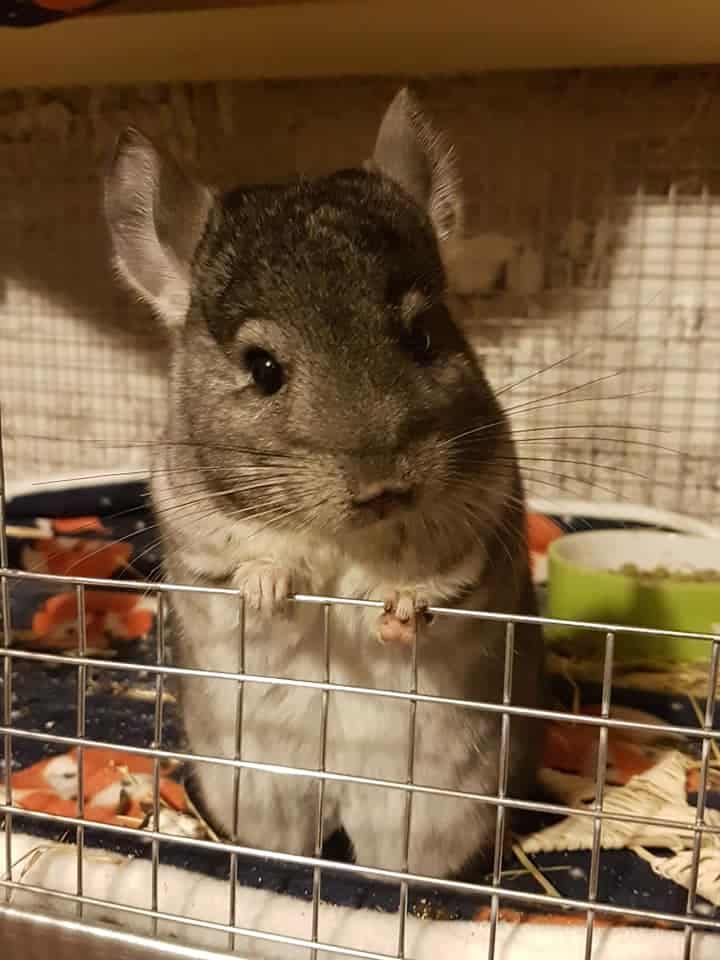 While chinchillas thrive in the wild, they can make great pets.

They are rodents and come from the same family as hamsters and mice.

They have a unique personality and demand for specialized care.

Here are some reasons why chinchillas make good pets:

They need a low-maintenance diet

Chinchillas are herbivorous and feed on high-fiber, low-sugar diet with low fat. Their diet mostly consists of timothy hay with a small amount of hay based dry pellets.

You should be careful with sweet treats and fruits as these can harm your chinchilla and should only be given to them rarely.

They are very clean and almost odor free

Unlike other pets that bathe in water, chinchillas bathe in dust. The dust removes excess oils and dirt from the chinchilla’s fur coat.

Chinchillas have the softest fur in the world

Chinchillas fur is regarded as the softest in the world. The fur is characterized by a dense, luxurious feel and look. In fact, a single follicle of the rodent’s fur can house around 80 strands of hairs.

Furthermore, chinchillas produce less dandruff as compared to other pets such as cats and dogs.

Interestingly, you don’t have to worry as much about mites and fleas with chinchillas due to their naturally impenetrable fur. 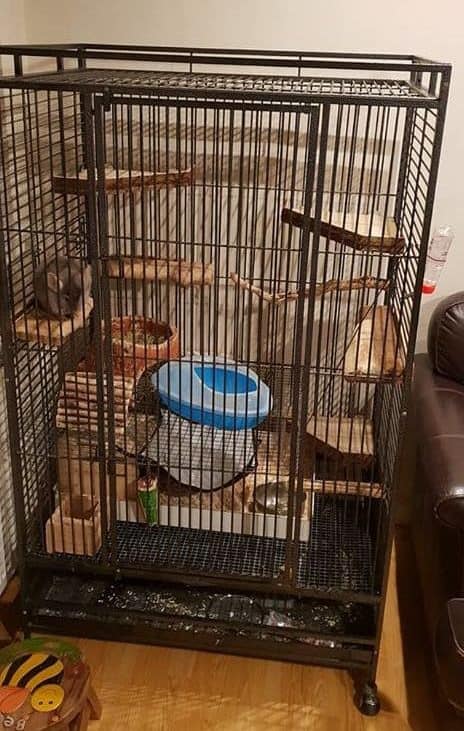 Chinchillas are mostly odor-free, and if yours smells, it usually means either you are not cleaning their cage thoroughly enough, or they are sick.

If your chinchillas start to smell try cleaning their cage. If they still smell then take them to the vet for diagnosis and treatment.

Here are things you should watch out for:

The teeth of chinchillas grow continuously which means dental problems are prone to occur, especially if they do not gnaw their teeth properly.

If the mouth of your chinchillas smells awful, then their teeth must be having issues.

Signs of dental problems include slobbers or drool from its mouth, and matted fur on the chest. The smell could be because of ulcers caused by the sharp teeth, the cheeks and tongue, or mouth abscesses

You can add a littler box to the corner of your chinchilla’s cage where he uses to urinate. (Each chinchilla will choose a specific area of the cage where they will urinate). Cleaning the litter box regularly reduces odor caused by urine.

Chinchillas do not defecate in their litter box. They tend to poop a lot. Their poop does not smell and if you notice it starts to smell then you should take your pet to the vet for diagnosis.

They take dust baths to prevent odor and to keep their fur in a healthy state.

Use dust that is meant only for chinchillas. Pour several inches of dust in a pan and allow your chinchillas to have fun. Let the pets take a bath at least twice to three times per week.

Keep in mind, too many dust bath can irritate chinchillas eyes and dry out the fur.

Can Chinchillas Learn Their Name?

They will get used to their name over time. They will only learn their name through repetition.

Chinchillas have a relatively good memory.

For example, once they know how the cage is arranged, they will be able to move about and fast with extreme efficiency.

Chinchillas also know where their food is kept. For instance, if you store food under the cabinet in its cage, every time you approach the pen, they will know you are bringing food.

Can You Litter-box Train Chinchillas?

Chinchilla’s poop so often that you cannot train them to poop in one location, but you can add a littler box to the area their urinate.

It is not easy to litter-box train chinchillas. It rarely works. Nevertheless, chinchillas can urinate in one place in their cage for many years.

The best thing to do is to place a litter-box in the same position your chinchillas urinate.

Chinchillas will continue to pee in the same spot even if you remove the litter box because it is their permanent urination area.

However, it is easy to clean a litter box. Chinchillas are different. While some learn things fast, others will not understand.

Either way, training chinchillas demands patience, which is the only way to train them.

How Big Are Full-grown Chinchillas? 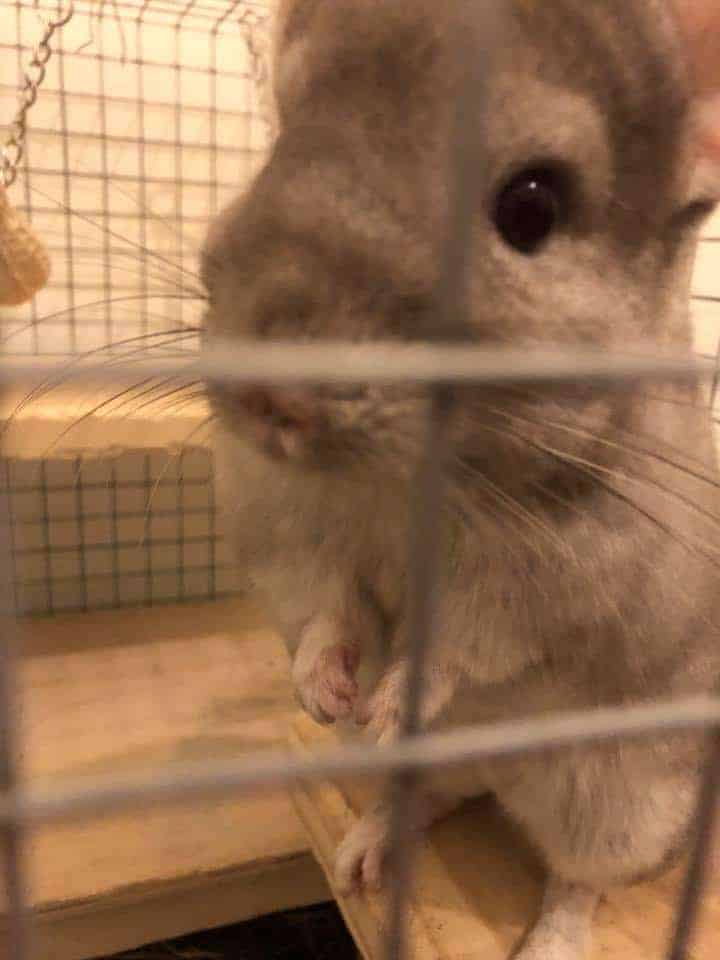 Chinchillas measure between 8 and 12 inches. Precisely, they can grow up to 1 foot long.

Before you adopt one, you need to make sure your cage is big enough so that it can accommodate your chinchillas perfectly while they grow in size for a baby to adult.

What Food Do Chinchillas Eat?

You should provide your chinchillas with balanced food.

The main foods they eat are Timothy hay (lots of hay) and small amounts of grass-based pellets.

Clean water that is checked and replaced regularly is also essential. Chinchillas need water as much as food. Ensure it gets enough fresh water at all times. Filtered or purified water with no chlorine is preferable.

In the wild – Warning: Do not feed this to your chinchilla!

Chinchillas who live in the wild eat differently although they are herbivores. Wild chinchillas feed on seeds, tree barks, flowers, foliage, cactus fruits, and different varieties of grasses, but DO NOT feed this to your pet chinchilla. Wild chinchillas have rich diets that can make your chinchilla ill.

Why Do Chinchillas Chew Their Fur?

Fur biting can be a learned behavior or hereditary. It can also be because of stress.

Fur chewing can be passed from one generation to another. It is essential to study the background of both parents when breeding chinchillas. Take note of health complications, genetic defects, and type of temperament.

Experienced and skilled chinchilla breeders always seek correct data on each of their animals to ensure healthy bloodlines are sustained and chinchillas can be paired based on the strength and traits of their genes.

Unfortunately, many pet chinchilla owners do not take these signs seriously, partly because of the lack of breeding information.

However, the number of pet chinchilla owners who are breeding chinchillas is increasing. While some results are astonishing, a good number of chinchillas are born with numerous genetic defects.

The stronger the genes of a baby chinchilla, the healthier the adult chinchilla will be, the less it will become sick, and the longer it will live.

If the mother chinchilla is a fur biter or chewer, there is a high probability that it will take after the mother. Some chinchillas love to fur-chew, especially when they are young, but they may soon outgrow it.

If it carries on it can become a behavior the chinchilla cannot stop throughout its life.

If your chinchilla is chewing their fur, their coat can appear to be mowed on the chest, sides, and back.

Noise is a primary cause of stress for chinchillas.

Often when the sound is reduced, the animal will stop fur-chewing.

For instance, your chinchillas may start to fur-chew if a dog is near the cage and barks constantly. When the dog is taken away, noise stops and the chinchillas should stop to chew its fur.

How long do pets chinchillas live for?  On a proper diet and under the supervision of a well-informed care provider, this rodent may live for 15 to 20 years

Do chinchillas like other chinchillas? Some chinchillas will get lonely being alone while others will prefer it. Chinchillas are colony animals and in the wild live in large groups. 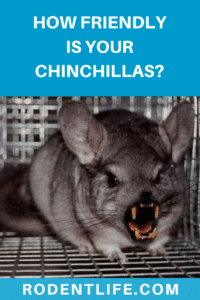 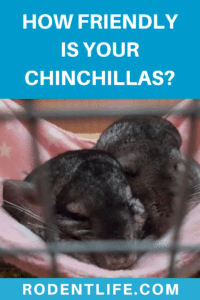 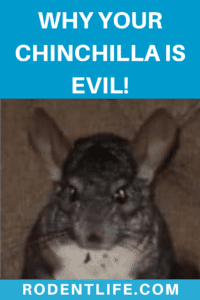